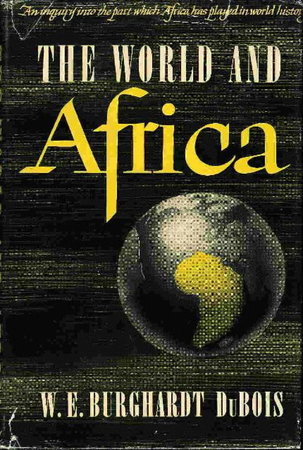 THE WORLD AND AFRICA: An Inquiry into the Part which Africa Has Played in World History.

New York: Viking, (ca 1950, c. 1947). dj. Hardcover - A well-documented plea, backed by many little known facts, for a recognition of the important part played in history by Africa and for its dignity in a future world order. Map, index. xii, 276 pp.

Condition: Just about fine in a very good dust jacket (two closed tears to the front cover of the dj - the dust jacket has original price of $3.00, but reference to Du Bois in 1950 and a Liberty Book Club coupon on rear flap.) A very attractive copy of an important work by one of most important African American writers and activists of the early 20th century.