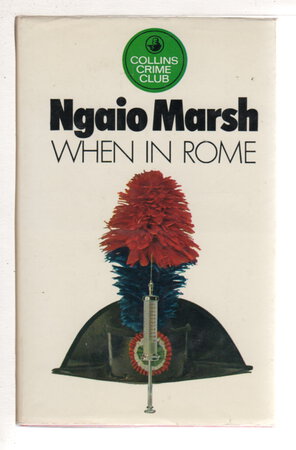 London: Collins / The Crime Club, (1970) dj. Hardcover first edition - Mystery featuring Superintendent Roderick Alleyn by this New Zealand-born author who was considered (along with Agatha Christie, Margery Allingham and Dorothy L. Sayers) one of the four "Queens of Crime" during the Golden Age of Detective Fiction. Alleyn is in Rome incognito on the trail of a drug ring, but when two murders involve a group of tourists, he joins forces with the Roman police. 256 pp. ISBN: 0-00231889.