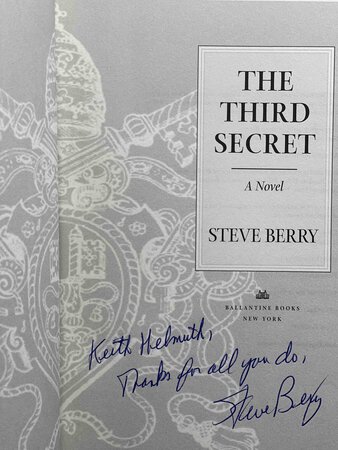 New York: Ballantine, (2005) dj. SIGNED hardcover first edition - International thriller set in what was the near future at the time it was written, and focusing on intrigue in the Vatican - the title refers to the third of the secrets from the appearance of the Virgin Mary at Fatima, Portugal in 1917, which was only revealed in 2000. INSCRIBED on the title page. Writer's note. 400 pp. ISBN: 0-345476131.

Condition: Very near fine in a like dustjacket (corners slightly bumped)