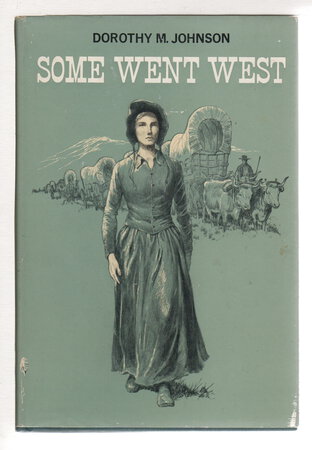 New York: Dood, Mead, and Company, (1965) dj. Hardcover first edition - A book which describes some of the many ways in women made their way West - some were captured by Indians - like Cynthia Ann Parker, assimilated to the Comanche tribe after being captured as a child, was later recaptured by U.S. soldiers who killed her Comanche husband and separated her forever from her sons. Others went to work, like missionary Mary Richardson Walker or to marry, some to accompany their husbands like Elizabeth Custer, some were adventurers, like Molly Slade, fiercely loyal to her ruthless husband, and some were rebels. Among the other women whose stories are told in this book are the German sisters, Isabella Bird, Electa Plummer, Dr. Bethenia Owens-Adair and more. Illustrated with photographs, Bibliography, index. 180 pp.

Condition: Near fine in a near fine dust jacket (a bit of wear to the ends of the spine of the dj)