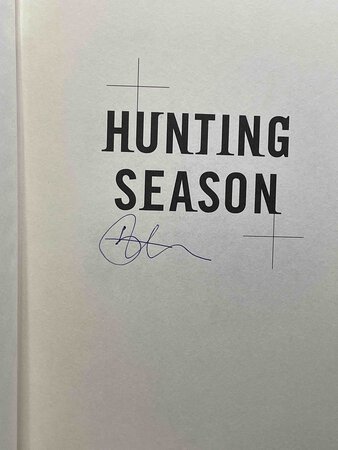 New York: St Martin's, (2001) dj. SIGNED hardcover first edition - The author's seventh novel, a thriller featuring former FBI agent Edwin Kreiss who had been trained as a "sweeper," a job title that refers to the cleanup of rogue agents, but his discovery of a Chinese espionage ring made him a lot of enemies and resulted in his early retirement. Now his daughter is missing, and nothing is going to keep him from finding her. He follows his daughter's trail to a deactivated federal arsenal in southwestern Virginia, where a fanatic whose son was immolated at Waco is cooking up a plan to blow the ATF to bits. SIGNED on the half title page. 402 pp. ISBN: 0-31226979X.