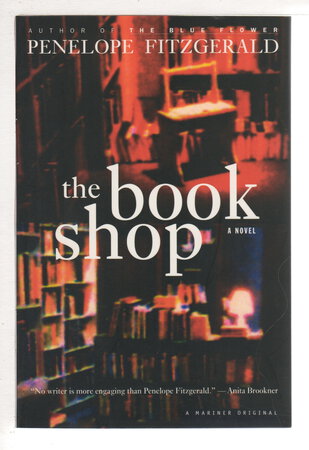 Boston: Mariner / Houghton Mifflin, (1997). First edition - A small gem of a novel originally published in 1978 in the U.K., but not in the U.S.until this edition almost 20 years later. It takes place in a small Sussex seaside town, which by 1959 is virtually cut off from the outside English world - a town "defined chiefly by what it doesn't have. It does have, however, plenty of observant inhabitants, most of whom are keen to see Florence Green's new bookshop fail. But rising damp will not stop Florence, nor will the resident, malevolent poltergeist (or "rapper," in the local patois)." Shortlisted for the Booker Prize. 123 pp. ISBN: 0-395869463.