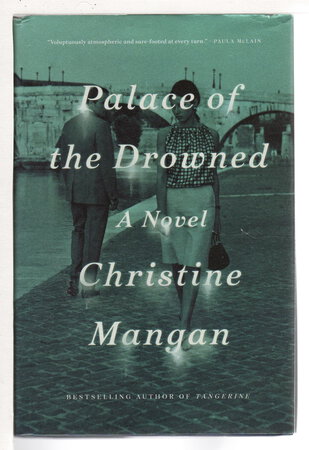 PALACE OF THE DROWNED.

New York: Flatiron Books, (2021) dj. Hardcover first edition - The author's second novel, set in 1966, a suspenseful literary thriller about a British novelist who heads to Venice after a public breakdown. "Years have passed since the initial success of her debut novel, and Frankie has spent her career trying to live up to the expectations of her editor and fans, only to fall short with each new publication. Now, after a particularly scathing review of her most recent work, alongside a very public breakdown, Frankie retreats to her friends vacant palazzo in Venice in the hopes of recapturing some of the inspiration that once motivated her. Then Gilly appears. A precocious young admirer eager to befriend her favorite author. . " 306 pp. ISBN: 978-1250788429.

Condition: Near fine in near fine dust jacket (remainder line)