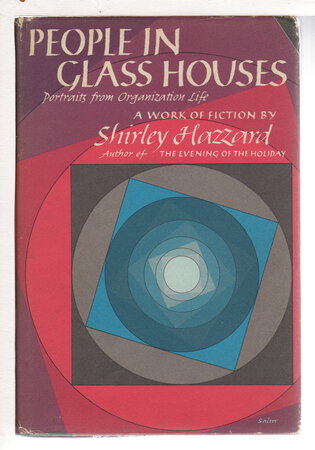 New York: Alfred A. Knopf, 1967. dj. Hardcover first edition - The third book, a collection of eight short stories, by this Australian-American writer, one which is "a masterpiece of observation which clearly demonstrates the authors perceptive wit. Set in the 1950s, amidst the corridors and offices of the newly-created monolithic and meandering bureaucracy of 'the Organization' (read the United Nations, where Hazzard worked for 10 years) an American-based concern intent on inflicting improvement the world over, readers are introduced to an immalleable world hemmed in by regulations, memoranda and mediocrity. A place where once vibrant personalities are smothered and strangulated by red tape, and the general life-sapping realities of paper-pushing and the exacting demands of pointless tasks reign paramount." 179 pp.