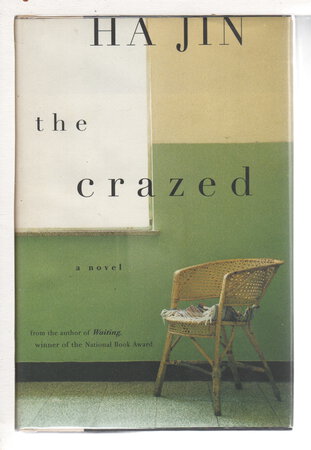 Madison, WI: Pantheon, (2002) dj. SIGNED hardcover first edition - The third novel by this award-winning author (his previous novel, "Waiting," won both the National Book Award and the Pen/Faulkner award.) Set in contemporary China, this explores "conflicts between convention and individualism, integrity and pragmatism, loyalty and betrayal. Professor Yang, a respected teacher of literature at a provincial university, has had a stroke, and his student Jian Wan - who is also engaged to Yang's daughter - has been assigned to care for him. What at first seems a simple if burdensome duty becomes treacherous when the professor begins to rave: pleading with invisible tormentors, denouncing his family, his colleagues, and a system in which a scholar is 'just a piece of meat on a cutting board'. SIGNED on the title page. 323 pp. ISBN: 0-375421815.