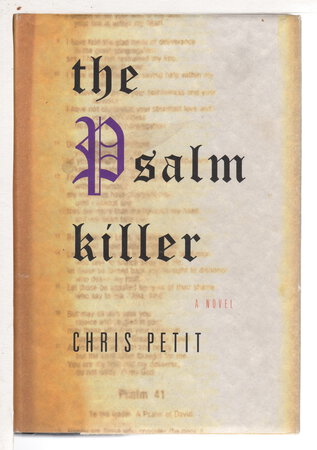 New York: Alfred A. Knopf, 1997. dj. Hardcover first edition - A novel which is part political thriller, part murder mystery, and part psychological drama. As Detective Chief Inspector Cross searches for a killer stalking the streets of Belfast, he uncovers the insidious, cynical political realities hidden just below the surface of the conflict going on in the city. Cross - English and Catholic - has come to head the murder squad in Belfast because his wife wants to be near her parents. He finds that some of the crimes he's investigating are linked to more than just the sectarian violence of the day - and to a truly devilish killer called Candlestick. Glossary. 437 pp. ISBN: 0-679451269.