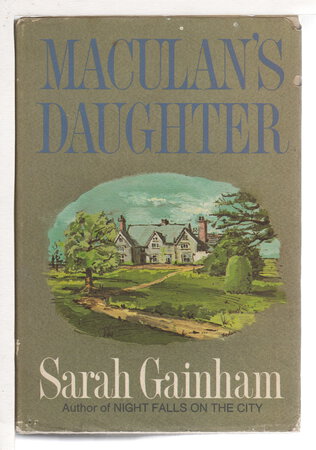 New York: Putnam, (1974) dj. Hardcover first edition - When her father, a noted Romanian inventor disappears in a mid-Atlantic plane crash right after World War II, 17 year old Jenny finds herself isolated in her adopted country, until a new sales director at her father's firm appears to offer her security and support. Her marriage is instead 10 years of abuse which drives her to doubt her own sanity. When her husband and his mistress are killed in an automobile accident, an investigation begins into whether or not he was a traitor to his country - and could she have been unaware of that? 444 pp. ISBN: 0-399112553.