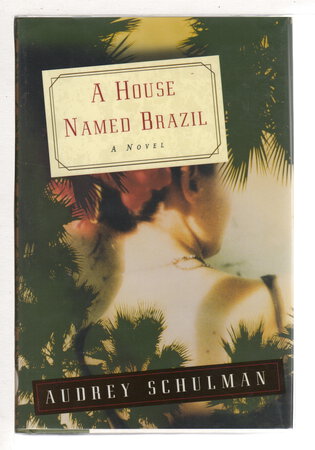 New York: William H. Morrow, (2000) dj. SIGNED hardcover first edition - The third novel by this highly acclaimed writer. "A series of long telephone conversations make up the bulk of this beguiling, episodic novel. One evening in 1977, 19-year-old Fran receives an unexpected call from her mother, Gloria, who has been gone for four and a half years, leaving Fran alone in their Ontario farmhouse. Barely saying hello, Gloria launches into the beguiling history of the Mourne family, back to her mysterious great-grandmother, who never married yet bore 14 children on the Ontario farm. . . Like the immense titular house, the novel sprawls untidily but its absurd charms, entrancing characters and sumptuous language more than make up for its shapelessness. Contributing to the inventive spirit, b&w photographs of "family members" and increasingly annotated family trees accompany the text." (PW review) SIGNED on the title page. Laid in is a promotional postcard with a handwritten signed brief note from Schulman. 301 pp. ISBN: 0-380977990.