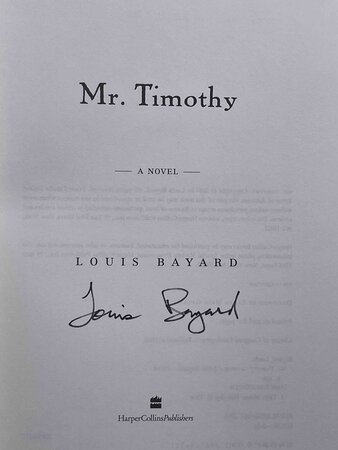 New York: Harper Collins, (2003) dj. SIGNED hardcover first edition - Historical suspense novel set in 1860s London during the Christmas season. Tiny Tim is grown now, and he has just buried his father. "He's also struggling to bury his past as a cripple and shed his financial ties to his benevolent 'Uncle' Ebenezer by losing himself in the thick of London's underbelly. He boards at a brothel in exchange for teaching the mistress how to read and spends his nights dredging the Thames for dead bodies and the treasures in their pockets. Timothy's life takes a sharp turn when he discovers the bodies of two dead girls, each seared with the same cruel brand on the upper arm." SIGNED on the title page. 384 pp. ISBN: 0-060534214.