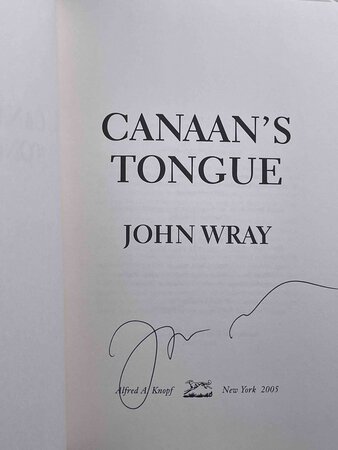 New York: Alfred A. Knopf, 2005. dj. SIGNED hardcover first edition - The second novel by the prizewinning author of "The Right Hand of Sleep", a writer named by Granta magazine in 2007 as one of America's best novelists. Inspired by the real life story of the notorious outlaw John Murrell and his protege Virgil, this novel, set on the eve of the Civil War, is about a gang of men hunted by both the Union and the Confederacy for dealing in stolen slaves. SIGNED on the title page. 341 pp. ISBN: 1-400040868.