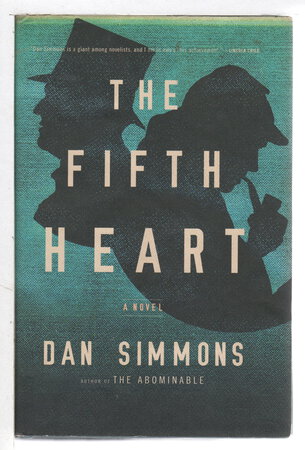 New York & Boston: Little Brown, (2015) dj. Hardcover first edition - A literary historical thriller. "In 1893, Sherlock Holmes and Henry James come to America together to solve the mystery of the 1885 death of Clover Adams, wife of the esteemed historian Henry Adams . . Holmes is currently on his Great Hiatus during which time the people of London believe him to be deceased. Holmes has faked his own death because, through his powers of ratiocination, the great detective has come to the conclusion that he is a fictional character. This leads to serious complications for James - for if his esteemed fellow investigator is merely a work of fiction, what does that make him?" 617 pp. ISBN: 978-0316198820.