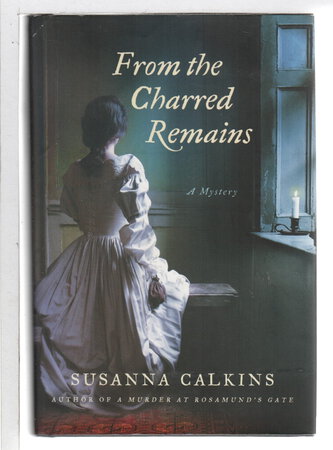 FROM THE CHARRED REMAINS.

New York: St Martin's Minotaur, (2014) dj. Hardcover first edition - The author's second novel, set in 1666 London, where the Great Fire decimated an already plague-ridden London. Former lady's maid Lucy Campion, now apprenticed to a printer, finds herself involved in the mystery of "a dead body that should have been burned up in the fire but miraculously remained intact - the body of a man who died not from the plague or the fire, but from the knife plunged into his chest." 343 pp. ISBN: 978-1250007889.

Condition: Near fine in near fine dust jacket (toning to the pages)