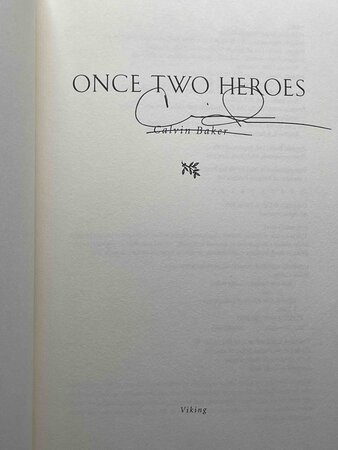 New York: Viking, (2003). SIGNED hardcover first edition - Young African American author's second novel, set in the aftermath of World War II. Two men, one an African American raised in France who enlists after his parents are killed trying to flee France, and the other a white Southerner from Mississippi, serve together during World War II only to confront the painful post-war realities of American racism. Mather is denied the Medal of Freedom because of his race, and after a futile visit to Washington DC, he is driving back to Los Angeles through Mississippi where a confrontation with a racist winds up with the white man's death, and his brother vowing revenge. SIGNED on the title page. 275 pp. Review copy with publisher's material laid in. ISBN: 0-67003164X.