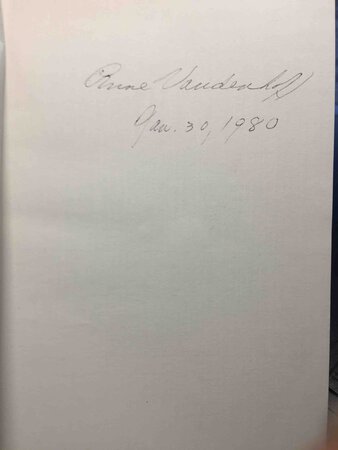 Auburn, CA: Pony Express Printers, (1979). SIGNED first edition - A biography of this politician, statesman and military leader. He was born in London to "poor but educated" Quaker parents, and his family emigrated to the United States when he was just five, settling for a while in Robert Owen's utopian community at New Harmony, Indiana. As an attorney and politician in Springfield, Illinois he became close friends with Abraham Lincoln (who named one of his sons after him). He relocated to San Francisco and then to Oregon where he was elected as a Senator - his death at the Battle of Balls Bluff, Virginia, in 1861 during the Civil War is the only example of a sitting Senator killed in warfare. From Fort Baker in San Francisco to Baker City and County in Oregon, his name lives on, and yet surprisingly little has been written of his life. SIGNED and dated by the author on the front endpaper. frontispiece portrait. Bibliography, index. 114 pp