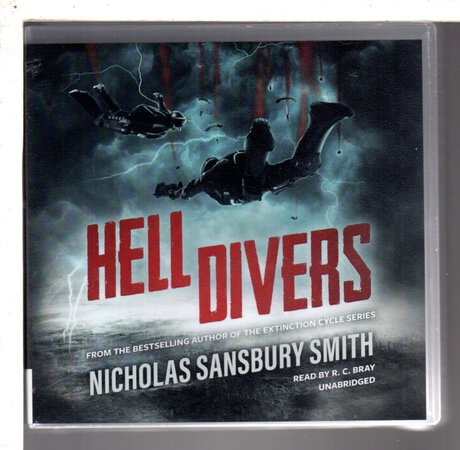 New York: Blackstone Audio, (2016). Unabridged, read by R.C. Bray - 10 hours, 8 cds. "More than two centuries after World War III poisoned the planet, the final bastion of humanity lives on massive airships circling the globe in search of a habitable area to call home. Aging and outdated, most of the ships plummeted back to earth long ago. The only thing keeping the two surviving lifeboats in the sky are Hell Divers - men and women who risk their lives by skydiving to the surface to scavenge for parts the ships desperately need.". ISBN: 978-1504710404.