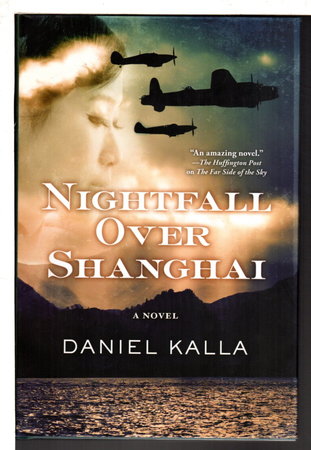 New York: Forge / TOR / Tom Doherty Associates, (2016). Hardcover first edition - The third book in this Canadian author's trilogy set in Shangaii against the backdrop of World War II. "It's 1944 and the Japanese are losing the war, but Shanghai is more dangerous than ever. After fleeing Nazi Europe, Dr. Franz Adler and his daughter, Hannah, have adjusted to life in their strange adopted city, but they are now imprisoned in the Shanghai Ghetto for refugee Jews. Franz is compelled to work as a surgeon for the hated Japanese military, while his Eurasian wife, Sunny, is recruited into a spy ring, providing crucial information to the Allies about the city's port." 404 pp. ISBN: 978-0765383808.