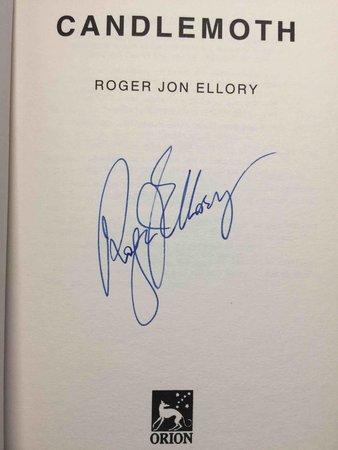 London: Orion, (2003) dj. SIGNED hardcover first edition - The author's first novel (his later books were written using just R. J. Ellory), Shortlisted for the CWA Steel Dagger for Best Thriller in 2003. A man on death row, found guilty of the horrific murder of his best friend Nathan12 years before. As he faces the long walk to the electric chair, he begins to tell his story to the prison chaplain, Father John Rousseau - beginning with his first meeting with Nathan, aged 6, on the shores of a lake outside Greenleaf, North Carolina in 1952, through first loves, Vietnam, the assassinations of Kennedy and Martin Luther King, and finally their flight from the draft which ended in Nathan's brutal murder. SIGNED on the title page. 344 pp. ISBN: 0-752856669.

Condition: Very near fine in a fine dustjacket (some light toning to the pages).