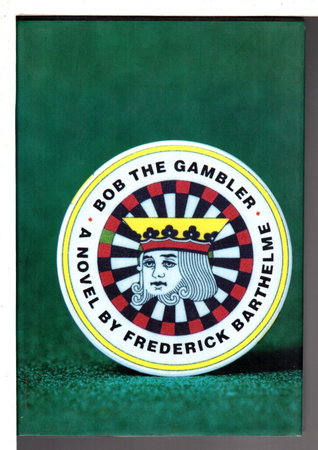 Boston: Houghton Mifflin, 1997. dj. Hardcover first edition - Set in Biloxi, Mississippi, and described as "A wonderfully crackball love story in which Ray and Jewel Kaiser try out the Paradise casino and what curious things happen to them; what tricks of chance involving, among others, Jewel's fourteen-year-old daughter RV, the casino and its personnel, Ray's dead father, and a mother convinced that a sitcom star is visiting across the street from her house" this darkly funny novel has dustjacket praise from such authors as John Barth, Robert Olen Butler and more. Barthelme has also written eloquently in the New Yorker magazine about his own real problems with gambling. 213 pp. ISBN: 0-395-809770.

Condition: Near fine in near fine dust jacket (remainder line, some wear to rear fold of dj)