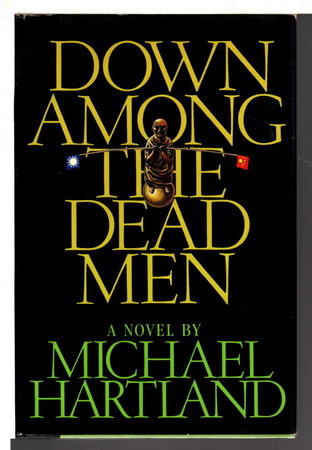 DOWN AMONG THE DEAD MEN.

New York: Macmillan, (1983) dj. Hardcover first edition - The first novel by this author who had spent "twenty years travelling widely in Europe and the Far East as a diplomat, then working in counter-terrorism and for the United Nations. He draws on this experience to describe the secret world of espionage with insight and great authenticity." One review stated that his novels remain among the most iconic, chilling and gripping spy novels ever published. In this book, "British agent David Nairn investigates the link between two seemingly unrelated incidents--an exchange of prisoners between the Russians and British and the murder of a Chinese agent in Nepal, six years later." 304 pp. Dust jacket by Paul Bacon. ISBN: 0-025485202.