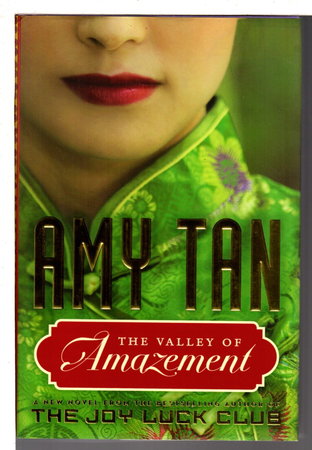 THE VALLEY OF AMAZEMENT.

New York: Ecco Press, (2013) dj. Hardcover first edition - An historical epic, spanning more than forty years from 1897-1937 and two continents - Asia and North America, this is an account of two women's (a mother and daughter) search for identity. Set against "pivotal episodes in history: from the collapse of Chinas last imperial dynasty, to the rise of the Republic, the explosive growth of lucrative foreign trade and anti-foreign sentiment, to the inner workings of courtesan houses and the lives of the foreign 'Shanghailanders' living in the International Settlement, both erased by World War II." 589 pp. ISBN: 978-0062107312.