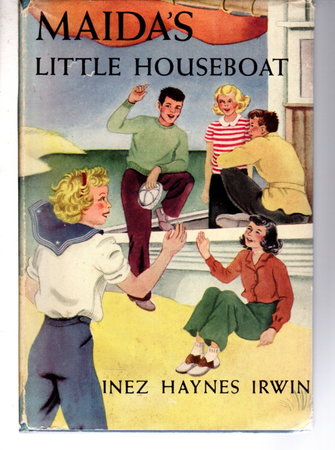 New York: Grosset & Dunlap, (1943) dj. Hardcover - A later title in this series written by a noted feminist, influential writer and suffragist (she was a co-founder of the National Collegiate Equal Suffrage League, among other activities.) Maida is the motherless daughter of a Wall St. tycoon, who provides her with many different living situations, all of which increase her understanding of the world. Just as Canfield's 'Understood Betsy' was a delightful vehicle for Canfield to write about her views of education, Irwin used the Maida series to exemplify her interest in social change - although the enormously wealthy father adds an element of fantasy similar to that found in Little Ophan Annie or Burnett's 'The Little Princess.' Plain frontispiece. 207 pp. Map endpapers. Lists to #8 on back cover of dj.