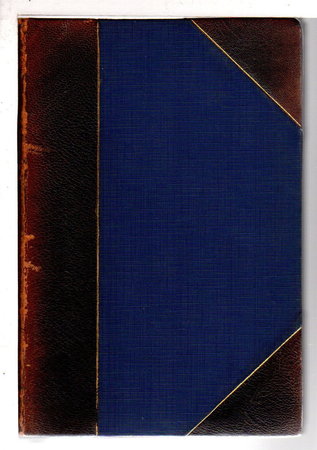 New York: Macmillan, 1918. Hardcover first edition - A collection of four long stories, written in 1916 in Glen Ellen and on Hawaii, and published posthumously in book form. The title story, set in the remote jungles of Guadacanal in the Solomon Islands, veers towards science fiction as a scientist, taken captive by the natives, discovers the secret behind "the Red One." Also included is "The Hussy", a story of a giant gold nugget, "Like Argus of the Ancient Times", the story of a gold miner who was a 49er in California at age 22, and who sets out at 70 for the Klondike Gold Rush in an attempt to recoup his lost fortune - a wonderful story of indomitable optimism bolstered by hard work and courage. In the final story "The Princess" three down and out hobos talk about their glorious past. London spent a year on the road and knew the hobo camps well. Frontispiece portrait by Arnold Genthe. 193 pp. One of London's harder-to-find titles in the first edition.

Condition: Very good in a contemporary or early half leather binding - blue cloth with tan leather, gilt titling on the spine and tooling to the edges of the leather, top edge gilt. (other Jack London first editions in matching binding available). A sturdy and attractive copy.