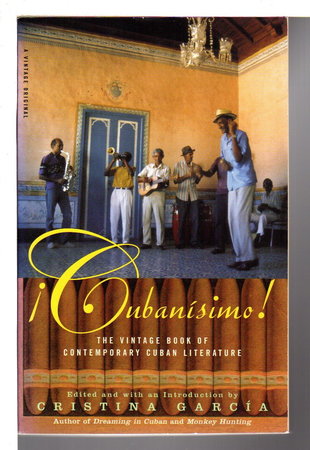 New York: Vintage Books, (2003). SIGNED first edition - An anthology described as "the first book to gather Cuban stories, essays, poems and novel excerpts in one volume that summarizes the richness and depth of a great national literature. From the turn of the century to the present, from Havana to Miami, New York, Mexico City, Madrid and beyond, the spirit and diversity of Cuban culture converge in one vibrant literary jam session. Cristina Garca has ingeniously grouped her selections according to 'the music of their sentences' into five sections named for Cuban dance styles." INSCRIBED and signed by Garcia on the title page "To Mary, warm wishes." Introduction by Garcia, Notes on the authors. xxii, 378 pp. ISBN: 0-385721374.