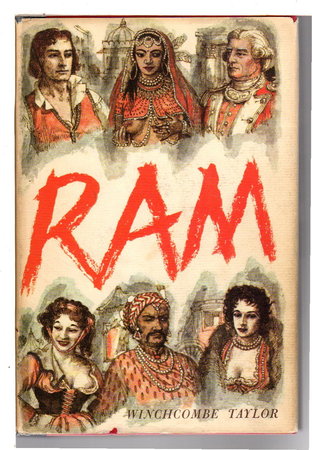 New York: St Martin's, (1960.) dj. Hardcover first edition - Full subtitle is "Being the tale of one Ramillies Anstruther (1704-55), who was found on a battlefield, served under Duke Marlborough in Flanders and Prince Eugene in Hungear; was a General in Hindustan and a Nabob in London, was a condemned murderer in Newgate gaol and a settler in Georgia Colony, and who perished through the errors of General Braddock on the Monongahela River in the Province of Pennsylvania; together with intimate details of his loves and amours with Carla, Chanda the temple whore, Lucinda, Erinne and other delectable females." Historical note. 563 pp. Dust jacket illustration by Gorsline.

Condition: Very good in a very good dust jacket. (some toning to the dj, minor edgewear.)