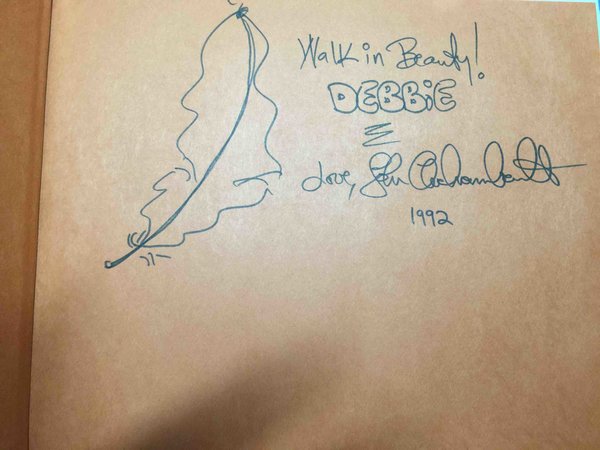 KNOTS ON A COUNTING ROPE.

New York: Henry Holt, (1987) dj. SIGNED hardcover - In this story, the knots tied by his grandfather in the counting rope became a metaphor for the passage of time and for a young Indian boy's growing confidence in facing his greatest challenge - his blindness. Illustrated in full color by Ted Rand. INSCRIBED on the front endpaper by author, John Archambault, with the words "Walk in beauty!" and the drawing of a feather and dated in 1992. Oblong format, unpaginated. ISBN: 0-805005714.