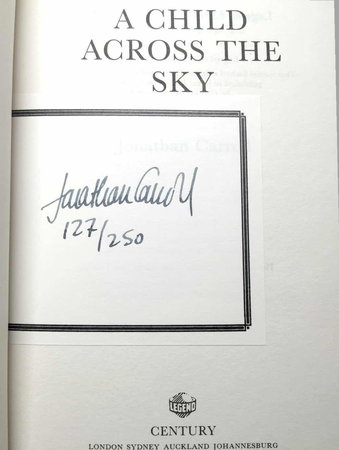 A CHILD ACROSS THE SKY.

Condition: Fine in gray cloth with silver lettering in a fine slipcase (as new)