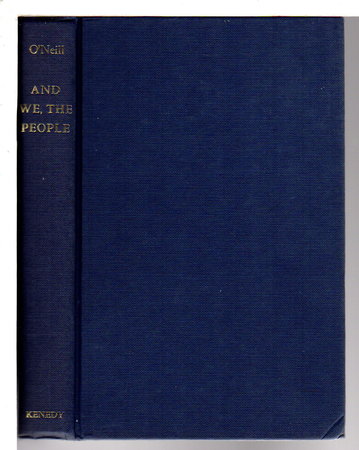 AND WE THE PEOPLE: Ten Years With the Primitive Tribes of New Guinea.

New York: P. J. Kenedy & Sons, (1961). Hardcover first edition - The author's experiences as a Roman Catholic missionary to the Mengen tribes on the South Sea island of New Britain in the years after World War II. The members of the tribe describe themselves in the Melanesian idiom as " we the people." Illustrated with photographs. Preface by the Bishop of Rabaul. xiii, 248 pp. End paper maps of the territory of Papua New Guinea and New Britain.

Condition: Very good in dark blue cloth with gilt lettering on the spine, no dust jacket.