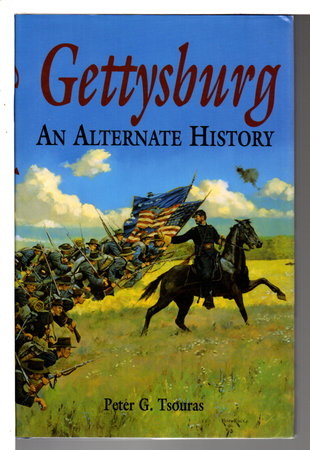 Mechanicsburg, PA & London: Stackpole Books / Greenhill Books, (1997) dj. Hardcover first edition - "Everyone interested in the American Civil War comes up against the controversies surrounding the bitter three-day battle of Gettysburg in July 1863. What if J. E. B. Stuart had arrived on the battlefield before the second day? What if Ewell had pressed hard on the heels of the Union rout on the first day? What if Pickett's charge had been stronger and better led? What if the Army of the Potomac had been commanded by a more aggressive counter-attacker than Meade? Gettysburg presents some of these possibilities as though they were the reality, and explores the impact they would have on the battle and on the course of the war. The alternate events are anchored firmly in the context of the actual events, and are all within the scope of what was genuinely possible." Illustrated with photographs and battlefield maps. 320 pp. ISBN: 1853672653.