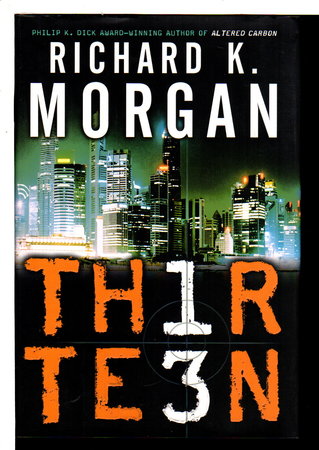 New York: Ballantine, (2007) dj. Hardcover - The story of "Carl Marsalis: hybrid, hired gun, and a man without a country . . . or a planet. Marsalis is one of a new breed. Literally. Genetically engineered by the U.S. government to embody the naked aggression and primal survival skills that centuries of civilization have erased from humankind, Thirteens were intended to be the ultimate military fighting force." 544 pp. ISBN: 978-0345485250.