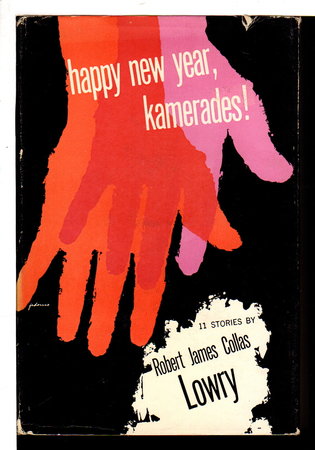 Garden City, NY: Doubleday, 1954. dj. Hardcover first edition - His second collection of short stories, many dealing with life on the dark edges - in the military, abortion, a woman with a crippled hand, homosexuality - each illustrated with a minimalist brush-and-ink drawing by the author. This includes his O Henry Award winning story "Be Nice to Mr Campbell" and a "rougher and tougher version" of his first short novel, "Casualty." Lowry himself had a tragic life - after early acclaim, he was diagnosed as a schizophrenic in 1952 (shortly before this collection was published), forced to undergo electric shock therapy and spent the rest of his between mental institutions and squalid hotels. 256 pp. Dust jacket by Gene Frederico.

Condition: Near fine in very good dust jacket (some minor chipping and edgewear to the dj)