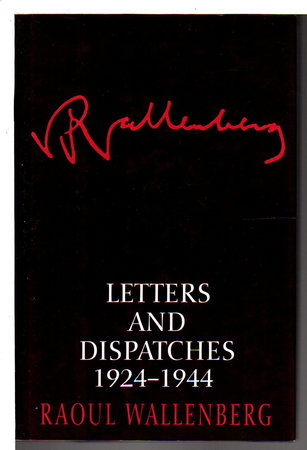 New York: Arcade Publishing, (1995) dj. Hardcover first edition - Published in association with The United States Holocaust Memorial Museum. on the fiftieth anniversary of his mysterious disappearance of Wallenberg, this contains the letters and dispatches of this young Swede who was sent to oversee a rescue operation of Hungarian Jews being deported to the death camps by Adolf Eichmann. By the time of his arrest by the Soviet army in 1945, he had helped to save the lives of over 100,000 people. Translated by Kjersti Board. Edited by Timothy Bent. 16 pages of plates, viii, 286 p., [16] p. of plates. ISBN: 1-559702753.