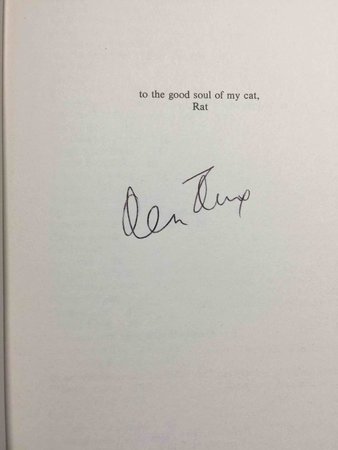 THE LOLLIPOP TROLLOPS and Other Poems.

Normal, Illinois: Dalkey Archive, (1992) dj. SIGNED hardcover first edition - Gathers the poems written over several decades, by this writer who describes himself as a novelist first. Introduction by Theroux. Dust jacket design by fellow Cape Cod resident Edward Gorey (the illustration is repeated on the colophon page.) The hardcover edition was reportedly limited to 340 copies of which 100 were to be signed and numbered - this copy includes the colophon with the space for numbering, but is not signed on that page. Instead it is SIGNED by Theroux on the dedication page. Index of first lines. xviii, 171 pp. ISBN: 1564780074.