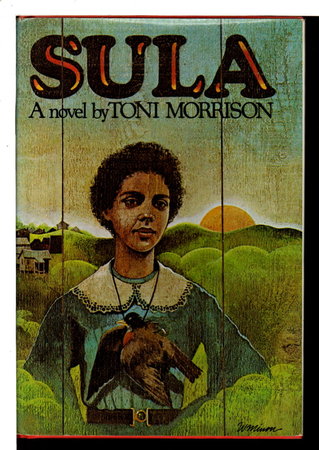 New York: Alfred A. Knopf, 1974. dj. Hardcover first edition - Second novel by this Nobel prize winning writer, the story of the friendship of two young women, who met as twelve year old girls - both smart, both poor, both black - in a small Ohio town, but whose lives took very different paths. A pre-publication copy -laid in is a short typed note from a Knopf representative to a New York based film agency dated in November 1973, two months before the book was published, saying that "Here is the copy you asked to see . . . It will be published in January" and emphasizing that this is not an official submission. 174 pp. Dust jacket art by Wendell Minor. ISBN: 0-394-480449.

Condition: Very near fine in a like dustjacket - a tight copy with bright orange covers, and an attractive dustjacket with just a little toning to the white background on the flaps and back cover.