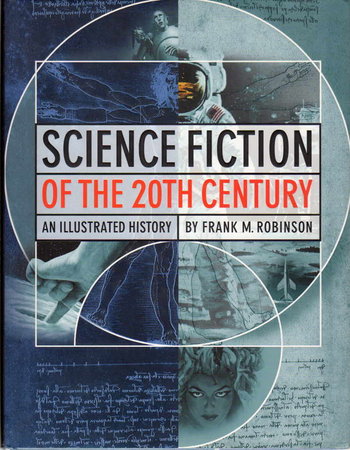 SCIENCE FICTION OF THE 20TH CENTURY: An Illustrated History

Portland, OR: Collectors Press, (1999.) dj. SIGNED hardcover first edition - An oversized and lavishly full color illustrated history of 20th-century science fiction - "with images of film posters, magazines, and books - many shown here for the first time [this book] offers an insider's view of the prophetic writers, illustrators and editors who made science fiction the most popular form of entertainment in the 20th century." SIGNED on the title page by both the author Frank Robinson and one of the illustrators whose work is featured in the book - Boris Vallejo. Large heavy folio. Index. 256 pp. ISBN: 1888054298.

Condition: Very near fine in a like dustjacket (corners slightly bumped). While there was a fairly large signed limited edition of this title, signed trade editions are uncommon - especially with the additional signature of Vallejo.