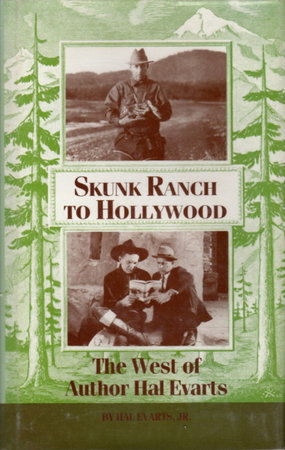 SKUNK RANCH TO HOLLYWOOD: The West of Author Hal Evarts.

Santa Barbara: Capra Press, (1989) dj. Hardcover first edition - In 1915 during the long Wyoming winters on Skunk Ranch near Cody, Evarts began writing tales of adventure, which his sister sent off to New York secretly. Just as his ranch went bankrupt, he launched a new career as a best seller writer. Three of his novels were made into films - and one of them launched the career of John Wayne. Written with affection by his son this is "a colorful history told with the broad humor and a knack for sniffing out the comic and extraordinary details of Evarts' extraordinary life." Photographs, eulogy, bibliography, and list of books by Hal G. Evarts. 260 pp. ISBN: 0-884962970..

Condition: Fine in a very near fine dust jacket.