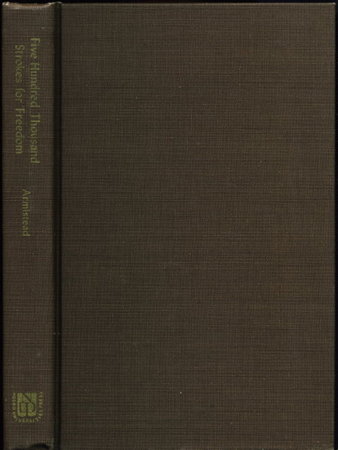 FIVE HUNDRED THOUSAND STROKES FOR FREEDOM: A Series of Anti-Slavery Tracts of Which Half a Million are Now Issued by Friends of the Negro.

Condition: Fine in brown boards with gilt lettering on spine, no dust jacket as issued.