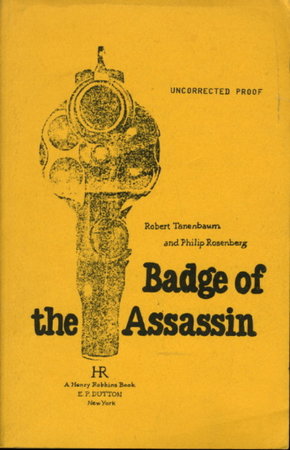 BADGE OF THE ASSASSIN.

New York: Dutton, (1979.). First edition - True story of the manhunt following a brutal double murder of 2 off-duty policemen at a Harlem housing project - the shooting was by members of the Black Liberation Army and the search led from the underground in San Francisco to small towns in the South. Tanenbaum, now a sucessful mystery novelist, was then the young district attorney prosecuting the cases, and this is his first book.