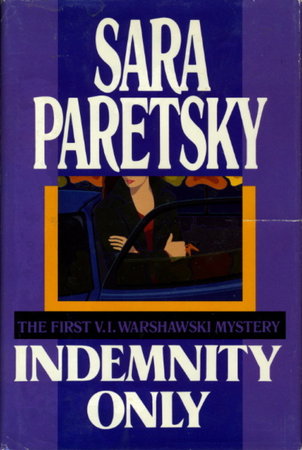 New York: Delacorte, (1991.) dj. SIGNED hardcover - Reprint of the first mystery featuring Chicago private detective V.I. Warshawski, originally published in 1982. Includes a new introduction by Paretsky in which she talks about getting this book first published. Stuart Kaminsky wrote that Paretsky has 'created a female private eye who can be independent, sharp and tough without losing her identity as a woman.' SIGNED on the title page. ix, 244 pp. ISBN: 0-385302606.

Condition: Fine in a very good dust jacket (slit on front cover of dj and some edgewear at end of spine and upper edge of back cover.)