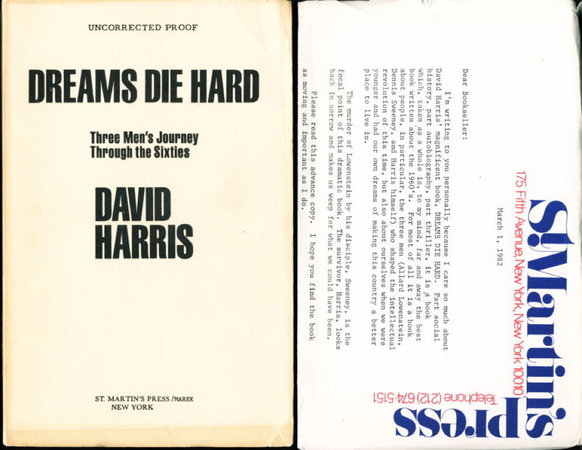 New York: St Martin's, (1982.). First edition - "Three Men's Journey Through the Sixties" - An account of three men who, as friends and opponents, fought the battles of the idealistic '60's; a story which was inspired by the murder in 1980 of one of the three - the attorney Allard Lowenstein - by another, the anti-war and civil rights activist, Dennis Sweeney. Harris, the third of these men, the former husband of Joan Baez, was himself imprisoned for his refusal to be drafted for the Vietnam War, Publisher's letter laid in which comments that Harris "looks back in sorrow and makes us weep for what we could have been."