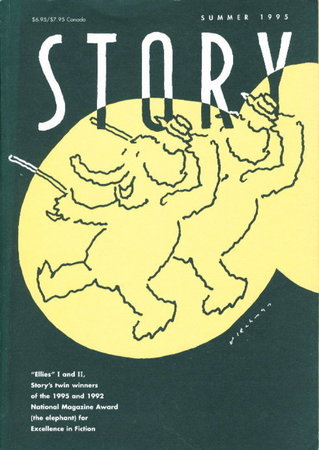 Cincinnati: F & W Publications, 1995. SIGNED first edition - Originally established in 1931 by Whit Burnett and Martha Foley, STORY magazine was noted for publishing strong fiction by new and established authors. In the fall of 1989, after a gap of 22 years, it was revived by Richard and Lois Rosenthal. SIGNED by Brad Watson at his story 'Bill.' Also includes stories by Ursula Hegi, Kathryn Tyau, Richard Dooling, Tim Gatreaux, Ellen Douglas and others. Reprints the classic story 'The Vigilante' by Victor Schiff. Notes on the contributors. 128 pp. We specialize in literary journals, and have many others - including many not yet catalogued and listed on line.

Condition: Near fine in illustrated wrappers.