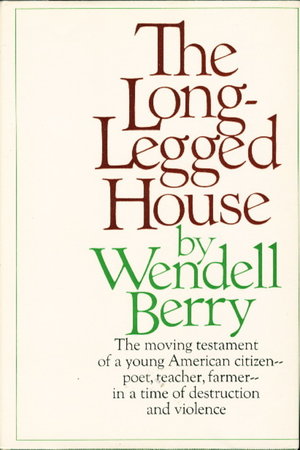 New York: Harcourt Brace & World, (1969.) dj. Hardcover first edition - Berry's first book of essays - written when he was still an almost unknown young writer. The chapter headings (and the topics themselves) are provocative, dealing with environmental, political and social issues - The Tyranny of Charity; The Landscaping of Hell - Strip-Mine Morality in East Kentucky; The Nature Consumers; The Loss of the Future; A Statement Against the War in Vietnam and more. 213 pp.

Condition: Near fine in a fine dust jacket (some discoloration to the endpapers, common to most copies, binding slightly cracked before list of Berry's titles)