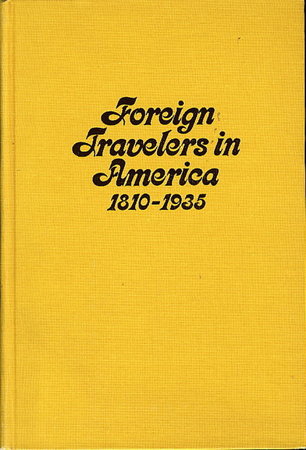 AMERICA REVISITED (Volumes I and II.)

New York: Arno Press, 1974. Hardcover - A one volume reprint of this work originally published in two volumes in 1883. The author, an Englishman, first visted the US in 1863, in the midst of the Civil War, and although he was in the North, his sympathies (as a member of a family who had held slaves in the West Indies) were with the South. This is a profusely illustrated account of the author's second American tour, made in 1879, with chapters on New York, Baltimore, Philadelphia, Richmond, Augusta, Atlanta, New Orleans, Chicago, Omaha, Salt Lake City, and San Francisco (including China Town) - not a very flattering look, especially when it comes to ethnic minorities. A title in the Foreign travelers in America, 1810-1935 series. Each volume is numbered individually, but a total of almost 700 pp. ISBN: 0-405-054718.