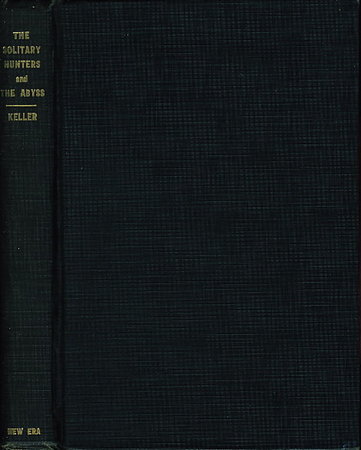 THE SOLITARY HUNTERS AND THE ABYSS: Two Fantastic Novels.

Philadelphia: New Era Publishers, 1948. Hardcover first edition - The first of the short novels in this book - The Solitary Hunters - a story of a group of men condemned to death by being thrown into a volcano - was originally published in Weird Tales magazine in 1934, and this is its first appearance in book form. 'The Abyss' - a story about a large-scale psychological experiment - had not previously been published. One of only 1000 copies to be sold. Illustrated by J. V. Baltadonis. 265 pp.

Condition: Very good in black cloth with gilt lettering to the spine - tight and clean, but some scratches to the back cover, lacking the dj .