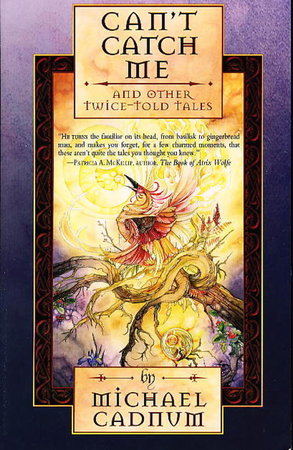 CAN'T CATCH ME and Other Twice-Told Tales.

San Francisco: Tachyon Publications, (2006.). SIGNED first edition - SIGNED on the title page. "Fairy tales for the tough-minded" by this award-winning author - twice-told, the familiar stories are newly revealed, from the unrepentent Gingerbread Man of the title story and his tirades against overprotective parents, meddlesome neighbors, and untrustworthy foxes, to the giant's wife who simply wants Jack out of the picture so that she and her mate may continue collaborating on poetry, these ironic tales introduce complex, emotional topics within a familiar context. Includes five original, previously unpublished works. 181 pp. ISBN: 1892391333.