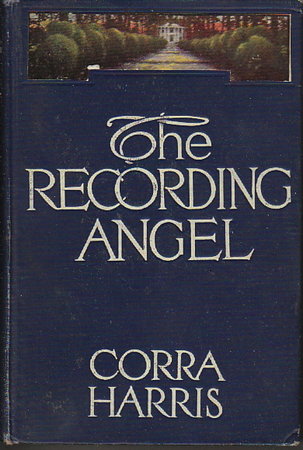 Garden City, NY: Doubleday, Page & Co., Inc., 1912. Hardcover first edition - Early novel by this Georgian writer who is perhaps best known for her first novel, 'The Circuit Rider's Wife,' based in part on her own life as the wife of a Methodist minister, a poorly paid circuit rider who preached hellfire and damnation to the poorest residents of the rural South, and suffered severe emotional problems, which eventually led to his suicide. Corra turned to writing as a means of financially supporting herself and her children, and her books remained popular throughout her life, although they are almost forgotten now. This novel remains relevant for its social criticism: as usual with her books, it deals with the relationship between men and women, and the conflicts between traditions and the beginning of a more modern world, but it also depicts the small isolated town of Ruckersville in the hills of North Georgia, where the inhabitants devotion to heroes of the Confederacy and the 'Lost Cause' has resulted in a cultural barrenness. Illustrated with a frontispiece and three inserted color plates by W. H. Everett. 331 pp.

Condition: Very good overall in dark blue cloth with white lettering on the spine and front cover. Horizontal pastedown on the front cover of a Southern mansion. Front hinge cracked, quite minor wear to the covers, otherwise tight and clean.