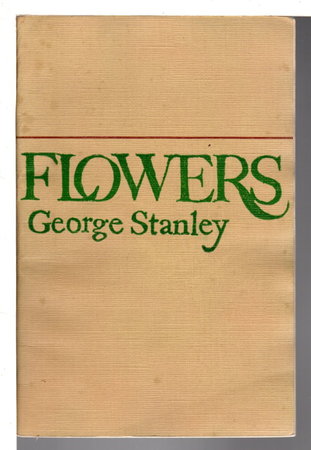 San Francisco: White Rabbit Press, 1965. First edition - One of only 500 copies. Despite the title (which is also the title of the longest poem in this book), this is a somber, often very dark, collection of poems. While Stanley was originally associated with the San Francisco circle of poets, including Jack Spicer, Robert Duncan, and Joanne Kyger, he emigrated to Canada in 1971, and his work became less well-known in the US. However, with a recent publication of his selected poems, maybe he will finally get the recognition he deserves.

Condition: Near fine in stapled wrappers (rusting to the staples.) Uncommon.